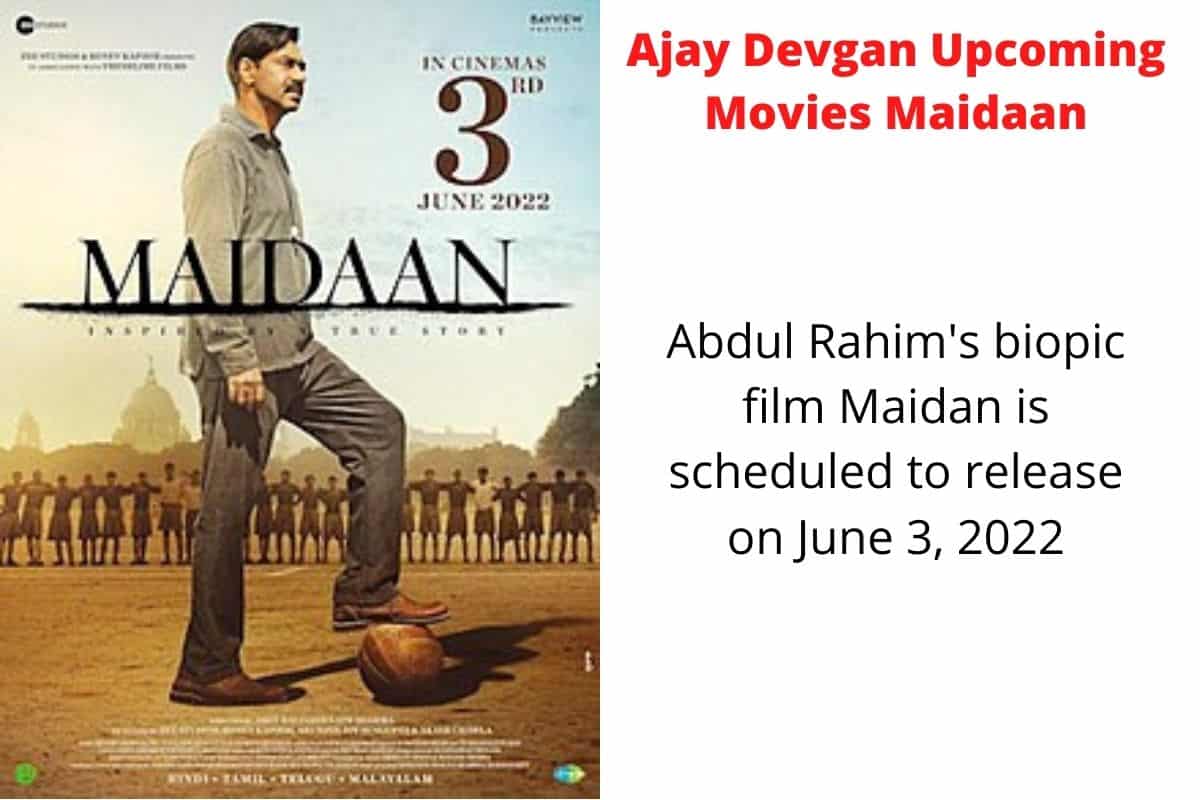 But now the filmmaker and Ajay Devgan, who played the lead role in this film, has launched the official date of this film. Abdul Rahim’s biopic film Maidan is scheduled to release on June 3, 2022, next year.

Ajay Devgan will be seen playing an important role of Abdul Rahim in this film, this upcoming film of Ajay Devgan is going to be.

Let us tell you that Abdul Rahim was the great footballer of India who has been the manager and coach of the International Indian Football Team.

Abdul Rahim was the manager of the Indian football team for 13 years from 1950 to 1963. Abdul Rahim is considered the architect of football.

The film is produced by Boney Kapoor, Zee Studios, Akash Chawla and Arun Joy, and directed by Amit Ravindranath Sharma.

Maidan film will be released in 4 languages ​​along with Hindi, Tamil, Telugu and Malayalam.