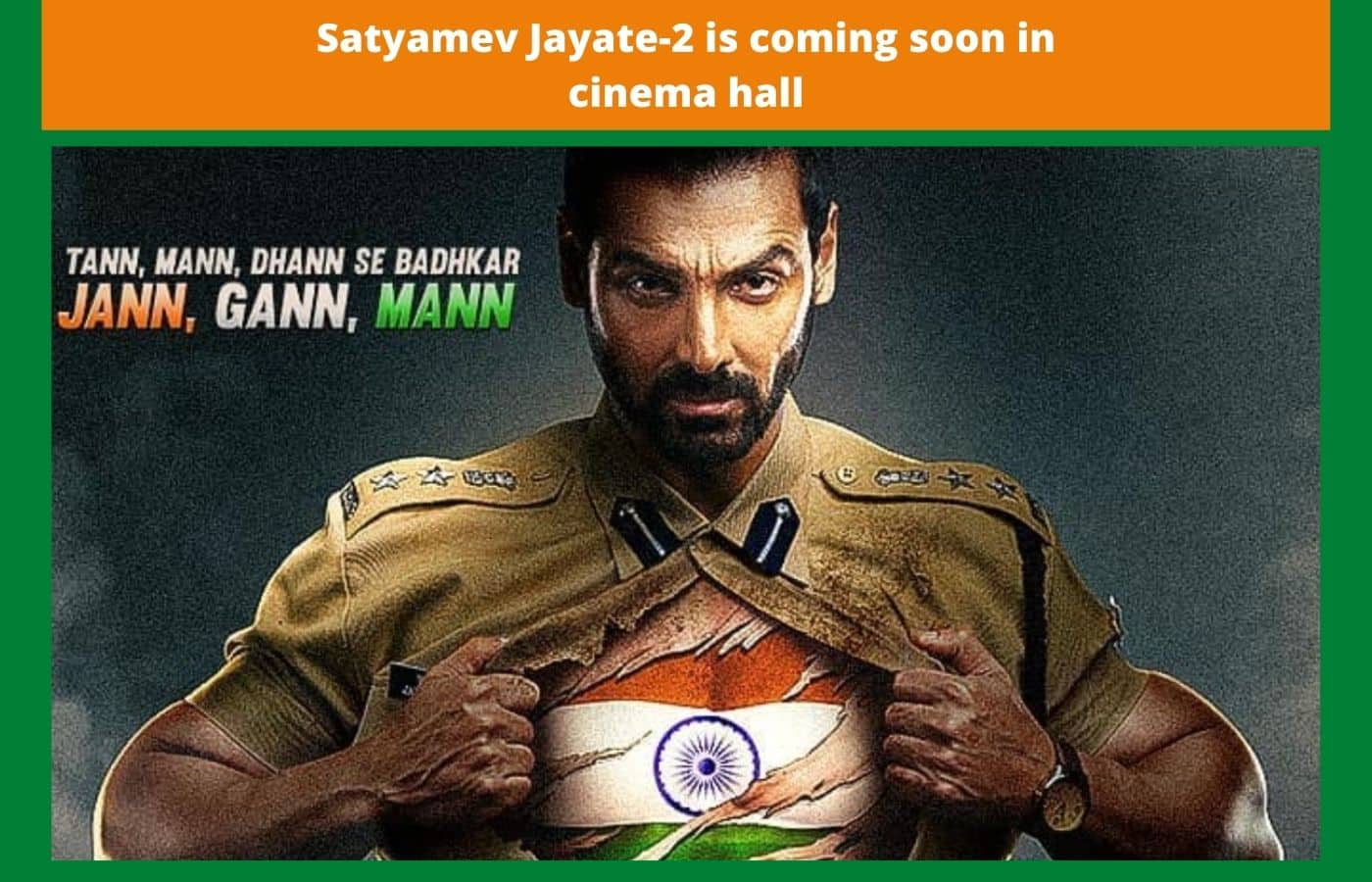 Bollywood stars are at the forefront of their body fitness and you all know that there is a lot of action in John’s movies.

One such good news is coming out that John Abraham’s next film ‘Satyamev Jayate-2’ is going to hit the theaters in no time.

Satyamev Jayate 2 producer Nikhil Advani has made some clarity about the film. John Abraham’s fans are seeing a lot of excitement though the film was scheduled to release on May 14 but the movie was not released due to corona.

Satyamev Jayate 2’s movie has been waiting in his fans for a long time. However, the film is being released a little late due to Corona when the producer of the film Nikhil Advani has given a very happy news about the release date of Satyamev Jayate.

News coming from Bollywoodlife is that Nikkhil Advani has said that Satyamev Jayate 2 movie is almost completely ready now. And also said that the film Satyamev Jayate 2 was to be released before Akshay Kumar’s film ‘Bell Bottom’ but due to Corona it is being released late.

Nikkhil Advani said that the theaters will be fully opened only then we will announce the release date of this movie in front of you.

still working on the film

Although the work of the film has been completely completed. Nikkhil Advani has said that VFX has been used in the film and work is going on to improve the VFX further.

Who is the actor and producer in Satyamev Jayate 2?

Actor John is going to appear in a double role in this film. In the film, the actor will be seen in the role of a common man along with a policeman, ‘Satyamev Jayate 2’ is directed by Milap Zaveri.